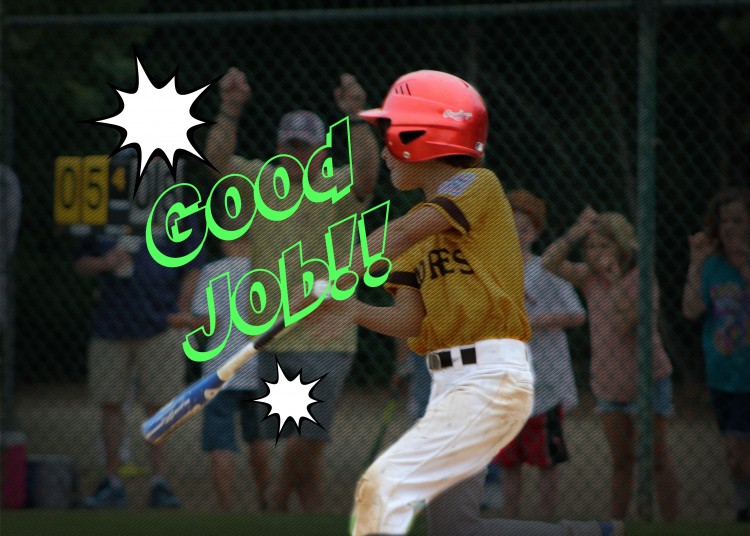 I recently sat at a little league game and heard parents yell “Good job,” when a little boy hit a home run and “Good job” when another little boy struck out. I thought to myself, NFL head coach Gus Bradley would certainly have something to say about that.

The Jacksonville Jaguars coach consciously took “good job” out of his vocabulary a long time ago. Instead he likes to compliment the players he coaches for their effort and prefers the phrase “I’m excited for you.” It allows the player to own their accomplishment. It might seem like a small nuance in successful communication and confidence building, but it’s much more than just that.

Can you count how many times you hear “good job,” yelled out at a youth sporting event? Most of us do it to show support, but really, to tell someone they are doing a good job means you are making a judgment that something is good instead of bad. It automatically implies there is a right and a wrong way.

A child who hits a home run technically did do a good job. He scored a point, which is the object of the game; therefore, he performed the job well and did it right. A child who strikes out didn’t do a good job. He actually failed. So, telling him, “Good job” would be lying, especially if you are like me and what you really want to say is:

“I feel horrible everyone in the stands is silent and looking at you and me with pity because you’re the only one on the team that can’t hit the ball!! Oh dear! I don’t want you to cry tonight after the game. Please don’t refuse to come to the next game because you now hate baseball.”

I’m not suggesting you blurt that out, but believe it or not, it might actually be less damaging than throwing out a misplaced and meaningless, “Good job.” Here are five reasons why you should only say “good job” when you mean it:

The next time you find those two little words, “Good job,” flying out of your mouth ask yourself if that is really what you are trying to communicate. If it isn’t, replace it with something else like, “I’m excited that you…. (Fill in the blank with whatever it is that your child did that you liked.)” Because lets face it, when our kids grow up and strike out in real life, it’s unlikely people will be clapping and telling them they did a good job.