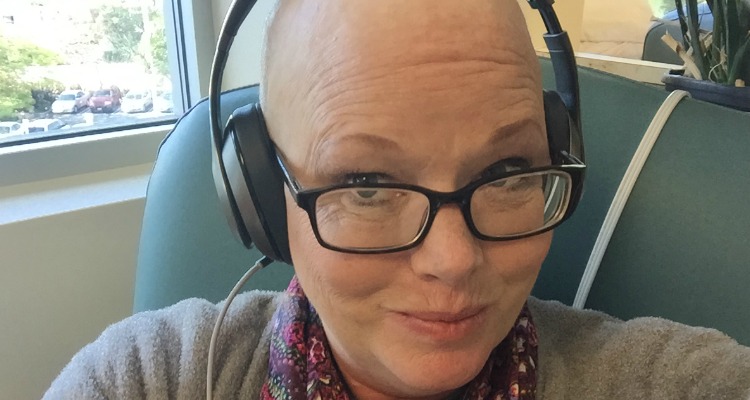 People have been asking me my take on the female reporter who was caught on tape insulting a tow company employee. I’ve kept my mouth shut for the most part, because I know in my 22-year career I’ve made a lot of mistakes, said things I wish I could take back and haven’t always treated people the way I should have.

I met ESPN reporter Britt McHenry on the sidelines of a football game this past season, but I don’t know her. I certainly don’t wish her any ill will. My “mother of two daughters voice” hopes she’ll learn that while she was hired, maybe in part, because she’s in shape, has nice teeth and is well educated, those things don’t make her a better person…neither does having a job on TV. In fact, a tow truck employee who endures the rage of angry rule breakers, pissed their car got towed and whose job requires them to keep their cool even when insults are being hurled at them, probably deserves more accolades and respect than someone like me who attends sporting events for free and regurgitates coach speak.

But here is where I really have a problem with this whole situation. The 28-year-old ESPN reporter went from being relatively unknown to being a household name this past week after that video of her degrading the tow company employee went viral. “No publicity is bad publicity” seems truer today than ever before. In our oversaturated TV market, executives want people who stand out, ones that can move the needle. It seems like more often than not, they don’t care what’s behind what’s making the needle move. The outcome of McHenry’s insensitive behavior is a higher Q-rating, an increase in Twitter followers and an explosion of Google hits when you search her name on the internet. In the long run, it will probably lead to her climbing the corporate ladder even quicker.

Since the incident, her face has been all over the place. Her story has been discussed on The Today Show, Fox News, in The New York Post and US Weekly, just to name a few. I think that’s unfair. Here is why. There are so many hard-working women in my line of work deserving of that kind of airtime who likely will never get it because they won’t have their own bad girl scandal.

Monday ESPN reporter Andy Katz will run in the Boston Marathon with the name of his colleague Shelley Smith written on his bib. Shelley has been a reporter for ESPN for more than 20 years. Like Britt, Shelley got into a nasty fight with an enemy. But you might not have heard about it. Shelly is battling breast cancer. She recently finished chemotherapy and before she starts a series of 25 radiation treatments in May, she’ll report for ESPN during the NFL Draft from Hawaii on quarterback Marcus Mariota. (#ESPNhookinmeup She writes on her twitter account twitter.com/@ShelleyESPN.)

I first met Shelley when I worked at ESPN some 15 years ago. I’ve admired her since.  Back then she was a working mom who focused on providing the best future she could for her little girl Dylann. Shelley’s love of sports rubbed off on her daughter, who grew up to be the captain of her college soccer team at the University of Oregon. I’ve never heard words like “diva” or “entitled” associated with Shelly’s name. She’s respected for being an excellent writer, a hard worker, a great reporter and a good teammate.  At 56 years old, and battling cancer, I would imagine being beautiful is the least of this baby girl’s worries. Her hair doesn’t look so good these days. Because of chemo, she doesn’t have any. But instead of being angry and irate, she’s treated her enemy with grace and poise and has become an inspiration for others on how to behave when you have been totally screwed for no good reason at all. I would absolutely have her back if after a bad day she wanted to “go off” and give cancer a piece of her mind. But I doubt she ever will. If you ask me, that’s the kind of story and TV personality who deserves some air time.