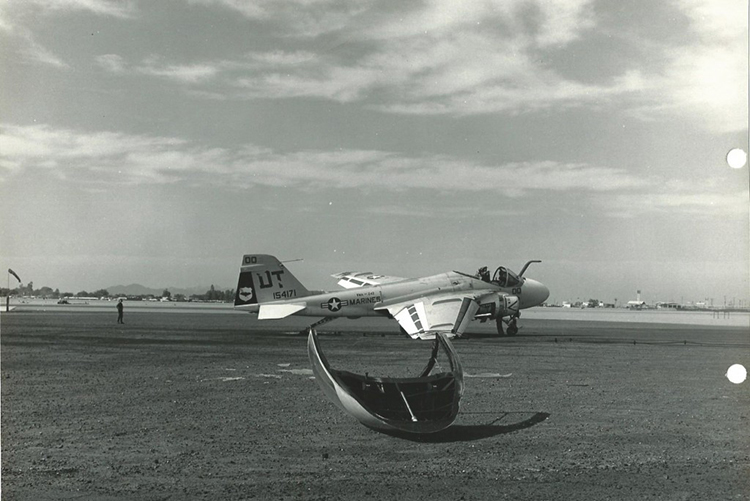 Did I hear correctly that you compared your job as an NBA head coach to a fighter pilot? Why in the world would you say such a thing except to give graphic artists a field day, superimposing your face on every Top Gun photo they could find.

You do know Maverick and Goose are fictional characters, right? And that the baby-oiled, hard bodies on the beach in the movie were just for effect? Of course you do. I mean, I get it. Your job is important too. Managing one of the NBA’s most prolific players of all time can’t be easy and I’m sure your blood gets pumping and your brain gets boggled when you’re about to be knocked out of the playoffs. Corporate CEO, Tom Cruise the actor, even NASCAR crew chief, I’ll give you those, but fighter pilot? Really? I mean according to careercast.com basketball coach isn’t even in the top 10 most stressful jobs of 2015. Broadcaster actually comes in at # 7! Most Stressful Jobs of 2015

Everyone is talking about that post-game press conference when you were asked questions about some of your coaching choices. You know you could’ve just said, “I got carried away in the moment,” or “I’ll learn from that and we’ll move forward.” Instead you offered this explanation,

“A basketball coach makes 150 to 200 critical decisions during the course of a game, something that I think is paralleled only by a fighter pilot.”

Other than sounding kind of arrogant and incredibly ridiculous, are you aware that your metaphor didn’t even work? Because, lets just imagine you were just like a fighter pilot. Well, wouldn’t you be dead by now? Confusion and poor decision-making in a cockpit usually has catastrophic results. Weren’t you actually kind of lucky that your assistant saved you from a technical foul when you tried to call a timeout you didn’t have and that LeBron James overrode your play-calling?

My dad crash-landed a plane once. I wonder if, like him, some 40 years later when you are asked to recount the final minutes of your game-four win over the Bulls, if it’ll make you suddenly start to sweat, and feel sick to your stomach. The good news is, you’ll also feel a great sense of pride at the same time because after all, you didn’t die.

My father, Michael Wystrach, is 74 years old now. Some of the names and details aren’t on the tip of his tongue, but he remembers the feeling of crash-landing his A-6 Intruder like it was yesterday. I guess near-death experiences are difficult to forget, no matter how hard you try to make the memories go away. 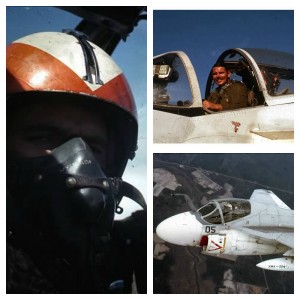 By the time he crash-landed that plane, he had done two tours and flown several hundred missions in Vietnam. One tour he flew the RF-8 Crusader as a photoreconnaissance pilot. His job was to get the plane low enough to the ground to take photos of potential targets, take those targets out and then return to the area after it had been attacked and assess the damage done. His second tour he jammed the enemies radar in an EF-10B. He was celebrated, receiving two single mission Air Medals for heroism for taking out anti aircraft sites and humbled when he had to come home without one of the groomsmen in his wedding, who is still MIA. It’s harder to get him to talk about what he saw in Vietnam. When I wonder how he handles the post-traumatic stress of war, he will often just shake his head and say, “It was them, or me.” I wonder if he likes remembering the crash-landing story better because in this one everyone lived.

He was a Major in the Marine Corps when it happened. He was flying over Yuma, Arizona practicing bombing runs. That day, he had already dropped 18 of the sand-filled practice bombs, when on the 19th run, in the middle of a 40 degree dive, dad pickled the bomb and at the very same moment the engine bay door came off the right side of his plane. Suddenly, he was going down and there were no assistant coaches to remind him what to do.

“We thought we had a mid-air collision, or were hit by a missile,” he recalls. “The impact was so horrendous. It happened so fast; you couldn’t read your instruments, or the air speed. We had fire warning lights.” He remembers how the airplane started flying sideways and shuttering like crazy. He recreates the noise he heard to help me understand what it was like, “NNNNNRRRRRRRRRR,” he loudly buzzes, “It sounded like an electrical guitar being amplified.”

“It took me a second to figure out what was happening,” he says. “I put on left rudder, started straightening out and we pulled 9 G’s to get up.”

He was able to straighten out the plane and then unstrapped himself and climbed over his bombardier navigator in the seat next to him. What he saw out of the right side of the plane looked like battle damage. That’s when he realized he might die. A defective locking mechanism had allowed the door to peel off at 3,000 feet. The collateral damage was devastating. The huge piece of metal that was once the door had sliced into the plane’s engine and exhaust cans and cut through the gear and hydraulics before it went careening into the atmosphere. His wingman caught up and relayed what the damage looked like from his perspective. He told my dad there were holes through the back of the plane and then said this, “You are starting to flame.” The hydraulics were hitting the exhaust cans. The plane was about to burn up, but my dad had to keep his cool.

Not only did he need to think clearly if he wanted to survive, but as the Operations Officer he was the person in charge of the pilots’ operational training. Which meant they were looking to him for direction. “I didn’t want to crash over a city,” he says when I asked him what was going through his mind. “So we went to desert and flew there trying to get gear down.”

After thirty minutes in the air, going through the procedures to try and get the gear to come down, he radioed the tower in Yuma and told them to land all the other planes and foam the run away. He was going to make a crash landing.

“We crash-landed with just two of the three landing gear extended,” he says describing it like a triangle with only two points left. “The wing hit the tarmac, it did a semi-circle and went off the runway. Since my wingman had said I was on fire, the crash crew was chasing and foaming us as we landed. As the foam hit the canopy, I jettisoned the canopy and got out.”

Coach, with all due respect, that really doesn’t sound at all similar to what you do for a living. And that was a practice run for my dad, not even a real game. Yeah, the playoffs are high stakes. But it’s not like you’re in imminent danger, making life-or-death decisions, or even have a true responsibility for the safety of others. Your job certainly doesn’t have anything to do with ensuring the safety of a nation. I guess there is one thing my dad says about being a pilot that might apply to being an NBA coach. “As a pilot you are always aware that something might happen,” he theorizes while downplaying what to me was sheer heroics. “You don’t expect it to happen, but in the back of your mind you are trained that when something does happen, you are prepared. And then … you react.” After all, it’s not the number of decisions a person makes that allows them to become a fighter pilot; what sets them apart is their reaction.

From the proud daughter of a Marine.