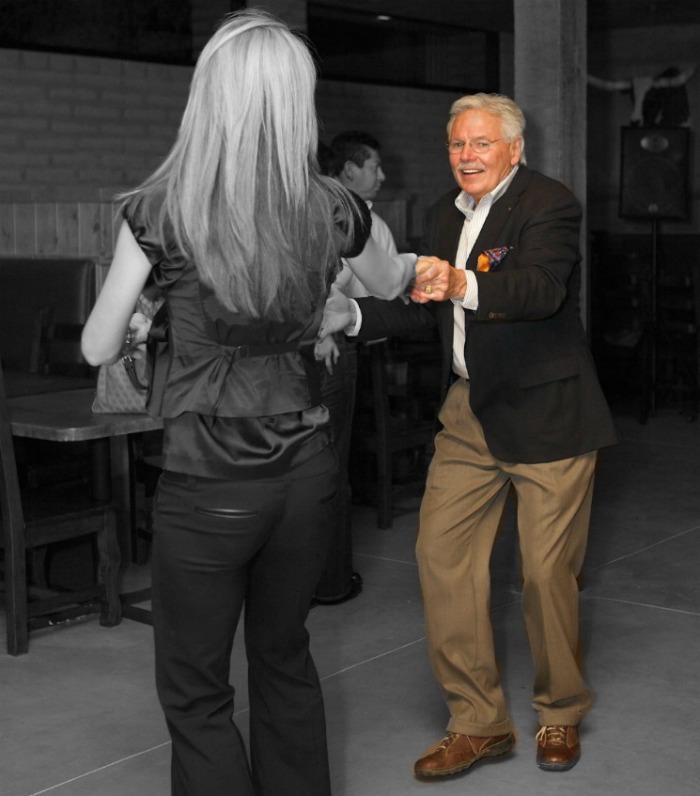 Dad emigrated from Poland after WWII when he was a boy. He learned English on his own and went to work when his own father left the family behind in America to return home. He got a job as a janitor at his high school to help his mother pay the rent, earned a football scholarship to Pepperdine and became a pilot in the US Marine Corps.  He raised six children, putting them all through college. He became a business owner, fought for our freedom and almost died when he was hit head on by a motorcycle while he was jogging in Okinawa, Japan. He ends each laugh with a snort that sounds like a pig. He curses way too often, will always tell you what he really thinks and rubs some people the wrong way. He’s never had enough money to buy that private jet he’s always dreamed of owning, but he supported his mother and his brother both financially and emotionally most of their lives. He’s always willing to give another human being a leg up.  This year he celebrates his 75th birthday and 50th Wedding Anniversary.  For Father’s Day, a few life lessons I learned from my dad, Mike Wystrach.

13 LESSONS I LEARNED FROM MY DAD